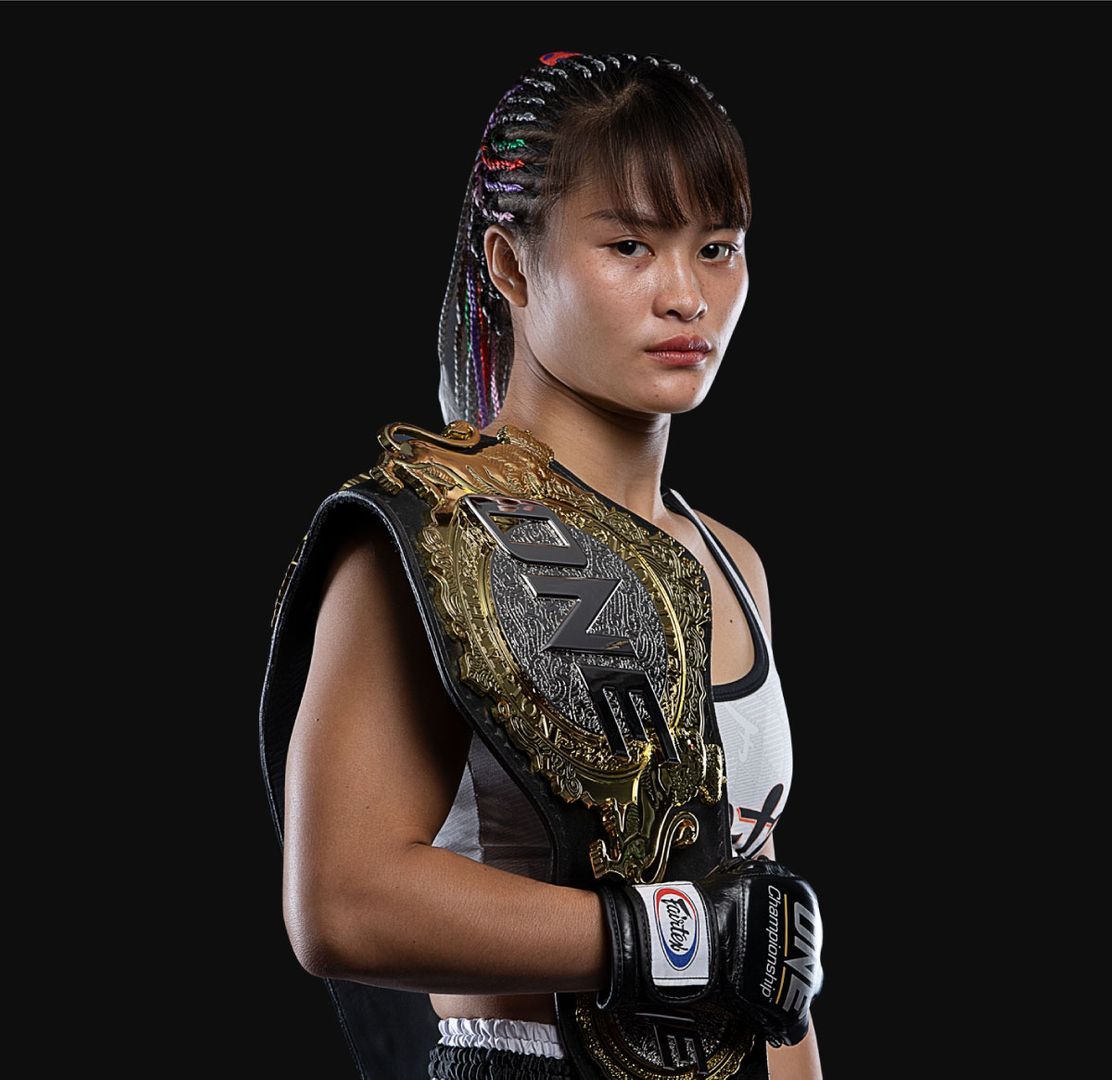 Muay Thai superstar Stamp Fairtex hails from rural Rayong. Her father was a fighter and inspired young Stamp to fight. Especially as Stamp was bullied as a young child. She entered the ring over 80 times and won Isaan titles. Her journey in the ring was documented in the award winning Buffalo Girls directed by Todd Kellstein which premiered in 1992.

Having limited opportunities Stamp retired from fighting to pursue studying. While in college studying marketing she was scouted by Fairtex Training Center. The renowned gym was looking to expand its female fight team and Stamp became the lead.

In her ONE Warrior Series debut Stamp knocked out her opponent with a quick head kick earning her much deserved acclaim. Stamp went on to seize the ONE Kickboxing belt, defeating champion Kai Ting Cuang. The atomweight star took the Muay Thai belt, besting Janet Todd. After defending her belt to Australian Alma Juniku Stamp began to focus on her Mixed Martial Arts Career.

The bubbly and charismatic Thai fighter became especially famed for her energetic dance routines. Each bout at ONE she would dance to a popular pop song before entering the ring.

Her fun attitude hasn’t deterred her from her goals.

She has gone 5-1 in MMA and is a ranked fighter in ONE Championship.

In her free time, she enjoys visiting her parent's durian farm, spending time with her family, buffets, and dancing.