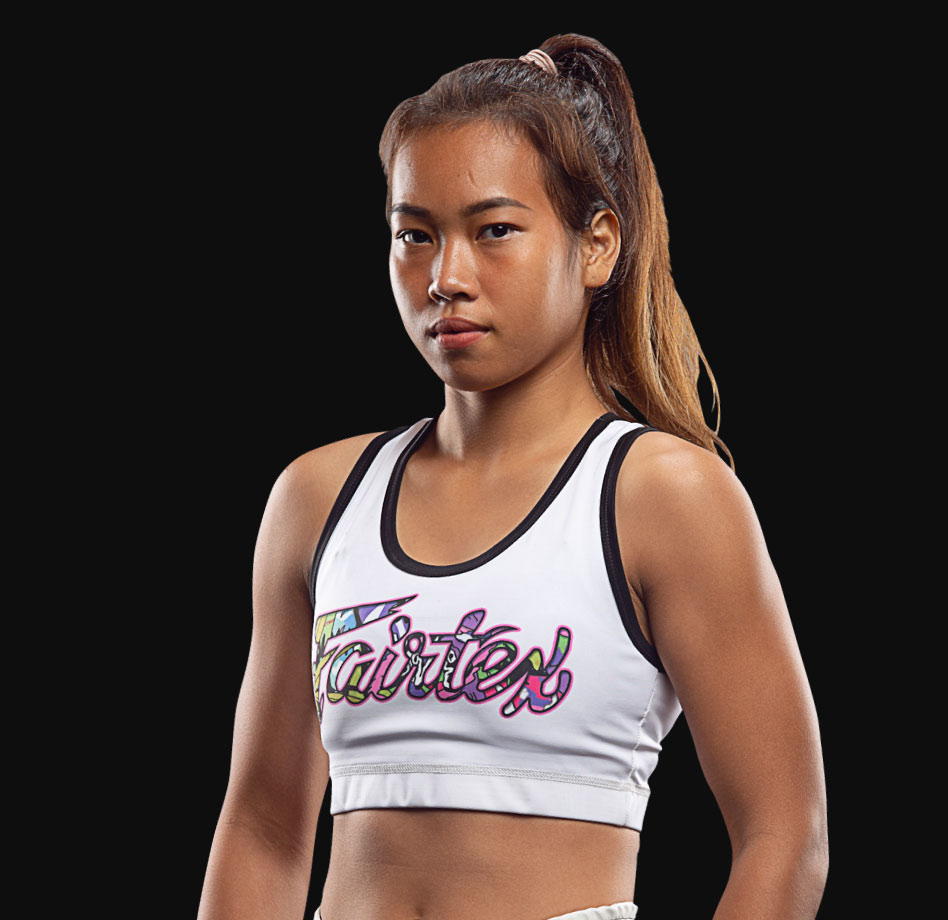 Wondergirl Fairtex has Muay Thai in her blood. Her father was a former fighter and began training Wondergirl at six years old. She began fighting regularly and picked up two Thailand championships.

Her sister, Supergirl, has also picked up the sport and the iconic duo trained regularly at their home gym in Bangkok, Jaroonsak Muay Thai.

She was recruited to be a part of the growing female fight team at Fairtex, along with Stamp Fairtex. With her height and natural athleticism, she has shown herself to be a force to be reckoned with.

Signed to ONE Championship, Wondergirl had a strong showing against KC Carlos and Brooke Farrell. Her hard punching style had her come out with big wins against both fighters. She also took on American rising star Jackie Buntan.

While determined to continue striking, Wondergirl has also set her sights on MMA. Since moving to Fairtex Training Center she has picked up a blue belt in BJJ. She hopes to become a two sport athlete soon.

In her free time, Wondergirl enjoys drawing, hanging out with her cats, baking, and watching Anime.